I have decided that nothing surprises me anymore amongst the flora and fauna of our garden in Ho Chi Minh City. When the brown snake appeared a few weeks back, approaching our front gate here..I cast a quizzical brow. Snakes? I hate snakes.

The other day, our men about the garden, Mr. Khai and Mr. Thuan came to the front door...beckoning me to come quickly. I ran out...to see a snake and a forest dragon and one who clearly had the upper hand..or jaw. I am not quite sure what happened. Did the snake get the dragon? Did the dragon get the snake? All I know was one was living (dragon) and one was not (snake). Or maybe it was playing dead..some of my pictures would indicate otherwise. I decided not to feature them here. 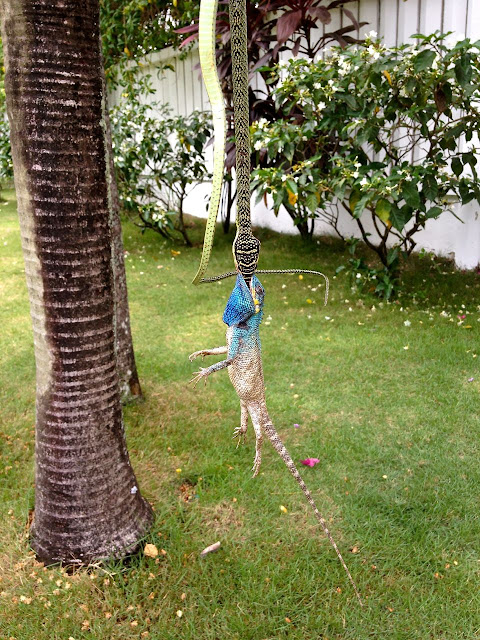 After show and tell was over, the dragon went on his way, my guess is
to where he was discovered, amongst the palm trees. 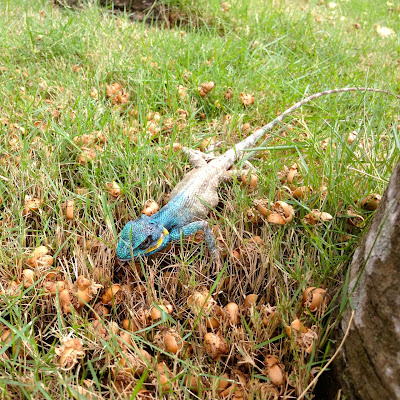 Before he left...a wink, wink to me.
I am still deciding if I like dragons. 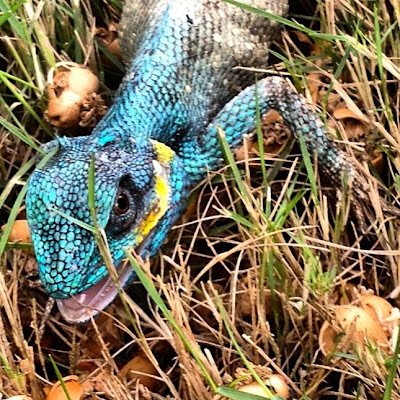 Our forest dragon... calotes bachae is a species of lizard
in the Agamidae family..in case you were wondering.
It is found in areas around Vietnam from National Parks to
dense tropical forests and in our urban garden in Ho Chi Minh City.
Ours appears to be in the midst of mating season.
The colours of the male become vivid..from cobalt blue to
bright turquoise to attract females and intimidate males.
He got me.

By night...he takes on the appearance of the rest of his body...dark brown.
You can read more on this lizard lounger in National Geographic News here.

I am still thinking of a name for him..a little quirk of mine to
name creatures around the garden.

Have you met Ozzie? here 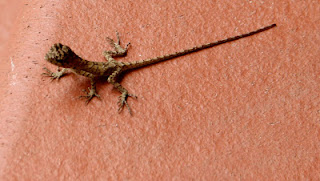 If you have any names for my blue headed lizard friend,
I welcome them kindly. 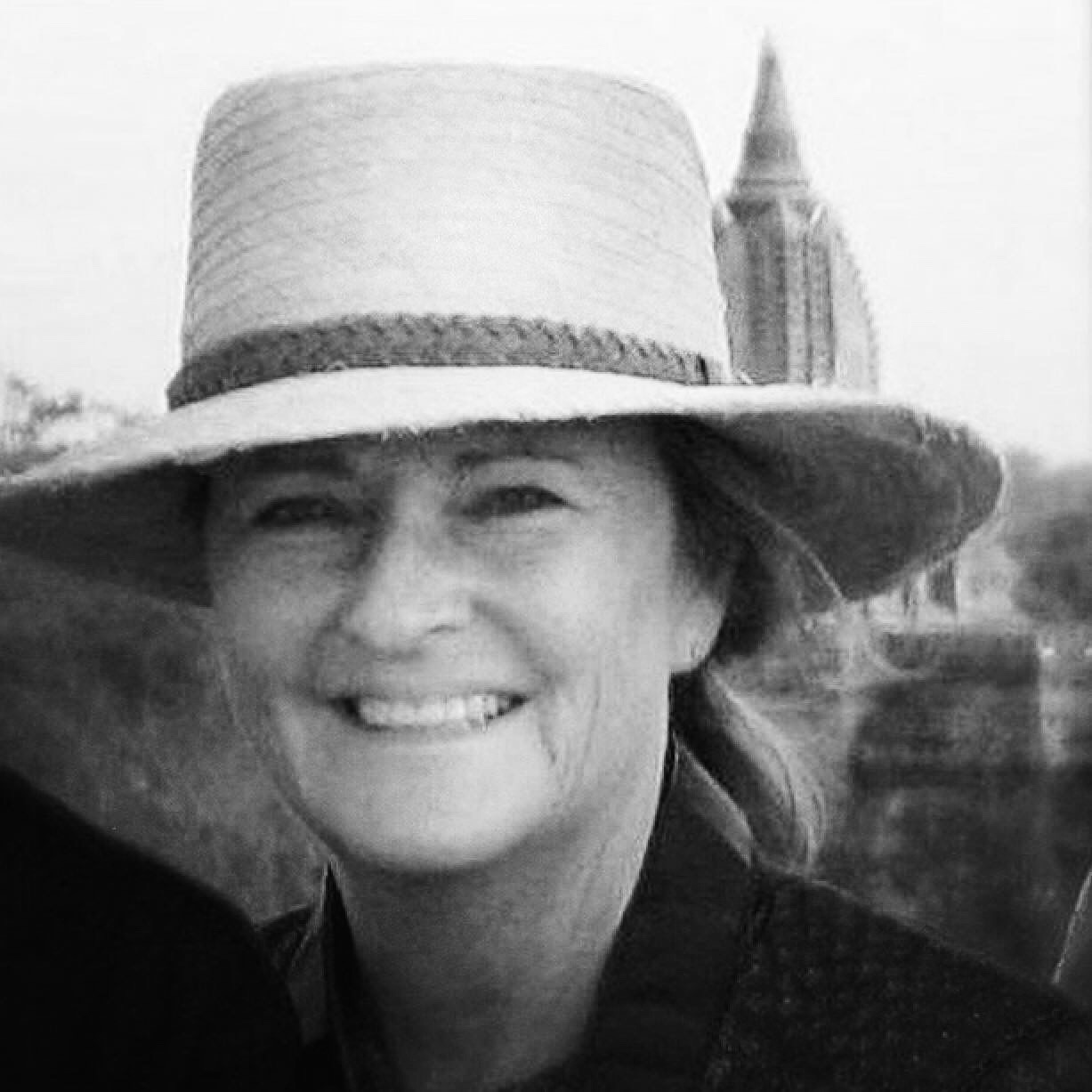 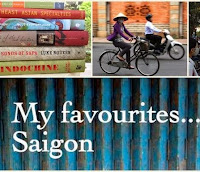 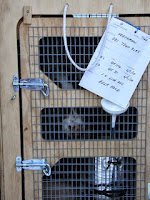 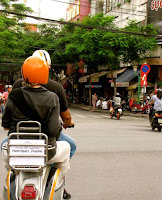 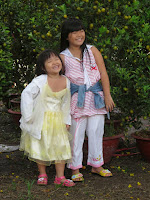 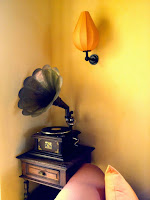 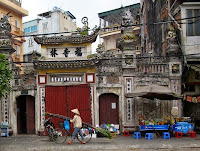 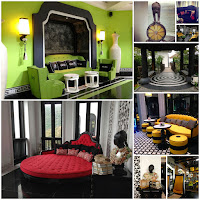